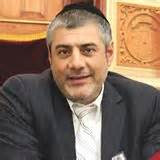 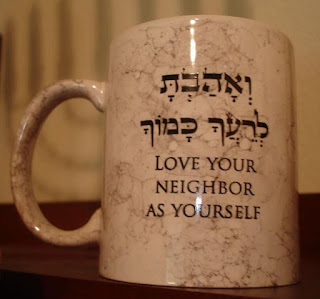 Woe unto them that call evil good, and good evil.”— Isaiah

YOSEF MIZRACHI WHO CALLS HIM SELF A RABBI IS A MAN WHO MUST BE STOPPED AND BE REMOVED FROM OUR LIVES.MIZRACHI HAS LECTURED AROUND THE WORLD ATTACKING JEWS,DISABLED CHILDREN,AND PEOPLE OF DIFFERENT FAITHS.MIZRACHI IS A DISGRACE TO THE JEWISH PEOPLE AND A EMBARRASSMENT TO ALL MANKIND.WE CAN NOT ALLOW THIS MAN TO REPRESENT OUR HOLY COMMUNITY OF A LOVING AND CARING PEOPLE

A EDITORIAL BY  Rabbi Shmuley Boteach
New York - Last Sunday night in Englewood, I attended the funeral of a good and charitable man. The father of a large family, he truly was one of those rare few about whom people have only positive things to say. The question that was on my mind throughout the eulogies was the one question that was not addressed: How could such a good, religious man die so young?
I believe that as Jews we are obligated to challenge God in the face of seeming divine miscarriages of justice. Let Muslims bow in submission. Let Christians take their leap of faith. We Jews are a feisty bunch, charged by God to be Israelites — “he who wrestles with God and is ultimately victorious.” Victory will not come until God stops allowing righteous individuals to suffer and die. That’s why the Lubavitcher Rebbe was adamant about demanding of God a messianic world where no woman is ever widowed and no child is ever orphaned
Advertisement:
Rabbi Yosef Mizrachi, a Jewish outreach .“expert,” said at an Englewood bar mitzvah that I attended that Jewish women who were being lined up to be gassed did not care about their modesty as the Nazis stripped them of their clothing. I had never heard anything so disgusting in my life. He said it as a way of explaining that the martyrs of the Holocaust were not so righteous as we otherwise might suppose. A modern Orthodox crowd sat there listening and barely flinched. We all should have been ashamed of ourselves.
Now Mizrachi is in the news yet again for outdoing even these loathsome ideas, this time actually denying that six million Jews were murdered during the Holocaust.
In 1984, Mahmoud Abbas wrote a study based on his doctoral dissertation where he attempted to prove that the number of Jews killed in the Holocaust “might be much smaller — even less than one million.” Abbas, who has the blood of countless Jews on his hands, is not alone in these vile claims. But I was pretty shocked to read that Mizrachi joined him by posting a YouTube video recently that said, “In every place, we have become used to hearing that six million Jews were murdered… But the truth, I am telling you, is that not even one million Jews were murdered.
“Not that this is an insignificant number, chalilah. It is a tremendous number. But there is a difference between six million and one million.”
Scholars immediately spoke out to refute this ignorant hate speech, and Mizrachi was forced to apologize last week. But what was going through his mind when he thought it okay to dishonor the memory of the six million innocent human beings murdered by the Germans? Did he consider that Holocaust deniers will forever quote with glee that even an Orthodox rabbi believes that many fewer than six million Jews died?
But Mizrachi’s despicable statements about Holocaust victims are par for the course. He describes the Holocaust as “five years of punishment to many wicked people [from God].” He also says that the reason why it happened to the Jews in Europe was because many of them became less religious and stopped keeping kosher and keeping the Sabbath over the years.
Mizrachi’s reasoning, of course, is easily refuted garbage.
In 1933, there were approximately 522,000 Jews living under the Reich. Beginning in January of that year, the Jews experienced public beatings and humiliations. Businesses were boycotted and synagogues desecrated. In 1935, the Nuremberg race laws were enacted, followed by the 1938 horrors of Kristallnacht. During this entire time, the Jews of Germany tried to get out. They could see with their own eyes that if they didn’t leave, they would be doomed. At the start of the Second World War, 304,000 of them had emigrated. And though most nations of the world refused to accept them, a majority finally were able to escape.
The Jews who did not escape Hitler’s ovens were, among so many other millions, the chasidim and ultra-religious Jews of Poland. They had no idea about Hitler’s plan to invade via blitzkrieg on September 1, 1939.
Are we to believe that these devout and pious Jews, who observed the smallest details of Jewish law in keeping the Sabbath and keeping kosher and who prayed three times a day, were punished with death? And if so, then why did a majority of their German Jewish brothers and sisters, whom Mizrachi sees as far more “sinful,” survive?
Mizrachi also states with confidence that the reason Sephardic Jewry was spared the Holocaust is due to their continued observance of Jewish ritual, just as the Ashkenazi Jews historically had been accustomed to do until the years leading up to the Second World War.
Hmmm.
Rabbi Mizrachi, what about the 1190 Massacre of the Jews in York, the Rindfleisch massacres of 1298, the Chimielnicki massacres of 1648-1657, and the countless other pogroms and murders of Jews across Europe and Russia? And let’s also remember the more than 40 major massacres against the “religiously protected” Sephardic Jews living in Muslim lands over the last 1,300 years. Rabbi Yosef Mizrachi
Mizrachi has said in the past that children with “Down Syndrome, autistic, and any other problem is a punishment as a result of a previous life…That’s pure punishment, those kind of people don’t have a test anymore, it’s punishment 100%.”
Mizrachi also claims to know why children are born blind. “A person is born blind, poor kid, was born blind, why? God? What do you know? Did you know how many dirty movies he was watching in his previous life? Now he’s blind.”
He claims to know why people get cancer and why accidents happen. “Mixed parties bring tragedies to our children. There’s more accidents, there’s more cancer, every minute there’s a new Jew who gets cancer in the world, every minute, and that’s because of the way the women dress, and that’s because of the sins that guys and girls make together. That’s because of all the dirty phone calls, that’s because of the Facebook connections, and all the drugs and the alcohol and all the problems around, that brings all these tragedies to us.”
Call me a cynic, but I’m always just a little suspicious of religious leaders who obsess over other people’s sexual sins.
Mizrachi also has divined that intermingling of the sexes at weddings is the culprit for the rise in the divorce rate. “All the blessing is gone. Don’t be surprised why 70% of these mixed weddings ended up with divorce within four years. Why, because there’s a curse there.”
Mizrachi and rabbis like him are a menace. Just think about how many people who might otherwise embrace Jewish tradition are absolutely revolted by this cruel twaddle that is fraudulently passed as authentic Judaism.
I ask Rabbi Mizrachi to take heed of the teachings of the Lubavitcher Rebbe, who said of the Holocaust, “To say that those very people were deserving of what transpired, that it was a punishment for their sins, heaven forbid, is unthinkable. There is absolutely no explanation or understanding for the Holocaust.”
As for those rabbis who say that the Holocaust was a punishment, the Rebbe said accurately, “No scales of judgment could ever condemn a people to such horrors.”
When viewing human suffering, we must look to Moses’ actions toward the enslaved Israelites in Egypt, as we read in last week’s Torah portion. Moses did not return to God with his head bowed low, accepting the brutality inflicted on his people as the Divine will. “Why have you acted so wickedly to this people?” he asks the Creator of the Universe. “From the time you have sent me you have done nothing to save this nation.”
Jews are now being murdered in Israel almost every day. Diaspora communities should be shaking the foundations of the heavens, demanding from God that they be protected, demanding of our State Department that it stop the balderdash of “both sides” needing to de-escalate, and demanding of rabbis that they lead the charge in defending Jewish life.