THANK YOU BROOKLYN DISTRICT ATTORNEY KEN THOMPSON........... THE HYNES PHONY EXTORTION CASE AGAINST A INNOCENT MAN MR SAMUEL KELLNER A FATHER OF A VICTIM IS NOW OVER JUSTICE HAS PREVAILED 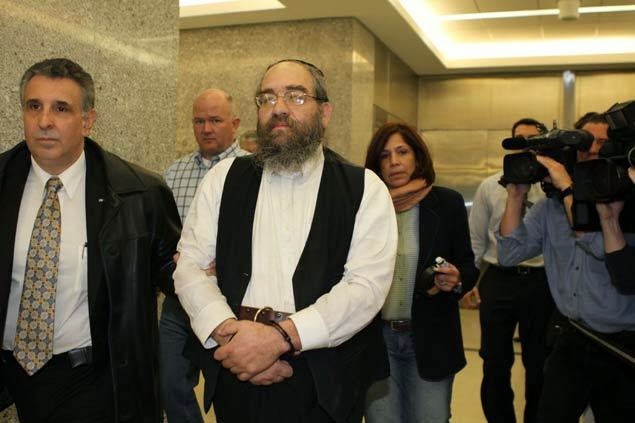 Brooklyn DA Thompson Drops Extortion Case Against Samuel Kellner
SAM KELLNER A VICTIM OF PROSECUTION BY HYNES AND HIS THUGS IS NOW A FREE MAN.THANK YOU D.A KEN THOMPSON FOR BRING BACK HONESTY AND JUSTICE TO THE CITIZENS OF BROOKLYN
THANK YOU HELLA WINSTON,CHAIM LEVIN,MARK MEYER APPEL AND ALL
OF US WHO FOUGHT THE BATTLE
http://www.brooklynda.org/press_releases/pdf/mar/Sam%20Kellner%20Decision_PressRelease%20_03%2007%2014.pdf

BREAKING
Prosecutors in the Brooklyn District Attorney's Office dismissed all extortioin and bribery charges Friday morning against chasidic abuse whistleblower Sam Kellner. Assistant District Attorney Kevin O'Donnell, speaking in court Friday, said that his office conducted an independent review of the facts of the case and found the two witnesses against Kellner to be unreliable. After the ruling, Kellner told The Jewish Week, "At the lowest point in my life, the justice system reached over" and did the right thing. "I just want to say that everything I did was according to halacha and rabbinical OK. And what I learned is that following the rules will get you out of trouble, not into trouble."…AS REPORTED BY HELLA WINSTON

A demonstration was held yesterday outside of Brooklyn DA Charles Hynes's office to protest the controversial prosecution of Hasidic sex-abuse whistleblower Sam Kellner. Chaim Levin, a Jewish activist from Crown Heights, organized the protest, and called upon D.A. Hynes to drop all charges against Kellner.
"We already know that the case against Kellner is falling apart," said Levin. "But the way it just became so abundantly clear that he's being wrongfully accused, and the real danger is not being pursued at all, it's just so disturbing and distressing."
As we previously reported, Kellner first came into the spotlight when he pushed for justice on behalf of his son and other alleged victims of sexual abuse within the ultra-Orthodox community. Kellner spoke out after learning that his son was allegedly molested by Borough Park rabbi/travel agent Baruch Lebovits.
After obtaining permission from a rabbinical court to report the abuse to the Brooklyn DA's office, Kellner was told that prosecuting was useless and that unless he could prove Lebovits was a serial offender, he would most likely go free. As a result, Kellner found two victims to come forward, and Lebovits was convicted of eight counts of molestation. However, in spite of the conviction, Lebovits, 62, has not seen much jail time.
The twist in the case comes when DA Charles Hynes indicted Kellner on charges of attempting to extort Lebovits, after the second victim recanted his statements and said that Kellner was bribing him.
But it was recently disclosed that the second victim recanted his statements again, clearing Kellner's name. And as we previously noted, it's been learned that the victim is being paid not by Kellner, but by a man named Zalmen Ashkenazi, a community activist is reportedly close to Lebovits.
"The precedent the D.A.'s office is setting is frightening," Levin said while protesting outside of 350 Jay Street. "Coming from an Orthodox community and having to deal with the culture of silence where my family told me to shut my mouth, my parents told me to shut my mouth, my Rabbi told me to shut my mouth and everyone said don't tell anyone."

Hynes's spokesman Jerry Schmetterer declined to comment on the protest, but told us, "We intend to take this case to trial."

DA Hynes has a history of looking the other way when it comes to sexual abuse charges in the ultra-Orthodox community, something that many attribute to his heavy reliance on their bloc vote.
Mark Meyer Appel, president of the Voice of Justice, who came in from Florida to attend the rally, feels that "there is no question that this man [Hynes] is a very seriously corrupt guy."
"This case is absurd. I don't know how much longer this guy can get away with it," Appel said. "I happen to know the boy that recanted his testimony, and it's horrific, it's really horrific. This boy, everyone knows he was a victim, Kellner's son, he told half of New York including myself."
When asked what his ideal outcome for the case would be, Appell replied that he feels the DA is too embarrassed to drop the case, so they are doing a "slow step" backwards. "I would like this thing to go on, the trial to go on," he said, "because then we can subpoena everything and find out what really happened. Which is one of the reasons why they want to drop it."
The protest, which started at 11 a.m., had dissipated by noon, but organizer Levin said he was "happy with the turnout." He also pointed out that the DA's office had hosted a press conference on a Brooklyn prostitution ring bust at the same time.