Will THE WEBERMAN CASE BE A CATALYST FOR CHANGE IN THE WAY OUR COMMUNITY DEALS WITH SEX ABUSE ?

Another great challenge for us, as advocates, is how do we deal with these communities who discourage victims of sexual abuse from coming forward and naming their abuser? Many of our major Jewish organizations, like Satmar and Agudath Israel of America, have failed in this regard by encouraging victims to report these crimes to Rabbinical Courts rather than reporting them directly to the legal authorities. What the communities urgently need is more educational programming in our schools and in our homes, to understand and deal with the abuse in a proper fashion. In the Hassidic community, religious men are brought up in a rigid atmosphere of segregation from women. With this kind of separation and lack of education and ignorance, the Jewish community is hardly equipped to deal with crimes of sexual abuse amongst themselves, They must bring the accused forward into the light of the secular world and not continue to believe that they are above the law by handling these crimes within their own rabbinical courts.
In the State of New York, the Jewish community falls short in providing educational programs to parents and children with regard to coming forward and properly reporting these crimes to the legal authorities.
This challenge we face in protecting our children from sex crimes is not a religious issue and should be dealt with by reporting these crimes to the proper legal authorities only.
The most important challenge we face today is to protect and keep our children safe. We must provide more educational programs for parents and children and require all private schools to properly train their staff on the correct procedures and policies.
Our community should be no different from any other community when dealing with crimes such as sexual abuse. An urgent need is for a comprehensive proclamation by all Jewish community organizations with a unified voice that sexual abuse will not be tolerated, and that protection of our children from predators is essential to the preservation of our future generations. Crimes of sexual abuse should be reported only to legal authorities and not to any rabbinical courts.

Let us hope that the lessons that we learn from the Weberman case continue to unify us and make us stronger in our quest for a healthier community in which our most prized possession, which is our children, can remain protected and safe
.
Mark Meyer Appel  is the President of The Voice of Justice, an advocate agency and full service organization for special needs children and their families

Posted by voiceofjustice613 at 8:28 PM No comments: 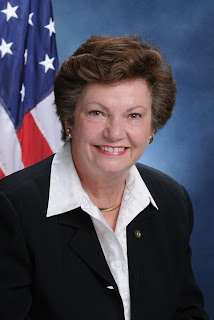 Thank You to All Those Who Support the Child Victims Act
I want to express my admiration to all those who have worked so hard over recent years to help bring this issue to public attention. I also want to express my heart-felt gratitude to all those individuals who have written and met with me to share their personal details and offered to join me in the fight to make this bill a law. I also want to thank those brave survivors and organizations who have stood up with me over the past few years at public demonstrations, press conferences, lobby days and in so many other ways to keep this legislation alive. In states all around us there are active movements to enact similar laws to modernize statutes of limitations for these offenses. As we saw in 2011 and again in 2012, fresh examples of outrageous conduct on the part of organizations and institutions in covering up child sexual abuse keep emerging to reinforce the need for this change. That is why I have absolutely no doubt that it is inevitable that the Child Victims Act will become law. My goal this year is to ensure that 2013 is the year for it to happen in New York State.
--- 000 ---
Posted by voiceofjustice613 at 5:30 AM No comments:

NECHAYMA WEBERMAN GETS SENTENCED TO 103 YEARS IN PRISION

bittersweet. It brings closure to the heroic victim and family who had great courage and tenacity to pursue her molester despite enormous intimation to her and her family. The prosecution of Nechemya Weberman for his sexual crimes could have been avoided if our Rabbinical leaders had done more in the area of protecting our children and putting an end to the massive intimidation of the victims who reported sexual crimes to the authorities. We stand here today with more strength and hope than ever that we must eradicate rid this plague of sexual abuse in our communities forever. We hope that all the victims voices will continue to be heard and all  the perpetrators will be brought to justice. THE VOICE OF JUSTICE is extremely proud of the victim and her family with whom we have maintained constant communication. We are extremely proud of the victim and her jubilation to now begin to have a more productive life in society. This message today is loud and clear, that those who abuse our children will be prosecuted to the fullest extent of the law. THE VOICE OF JUSTICE remains committed to getting help to all victims.

LET US PRAY FOR HOPE AND HEALING AND IN MAKING OUR COMMUNITIES A SAFE HARBOR FOR OUR CHILDREN AND THEIR FAMILIES.

MAY GOD PROTECT OUR CHILDREN 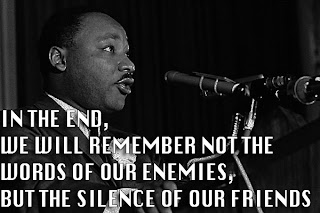 IT WAS 50 years ago this August that the Rev. Martin Luther King Jr. closed his speech on the steps of the Lincoln Memorial with his rendering of a dream he had for the country’s future. The soaring final sentences were somewhat extemporaneous — he let his emotions and sense of the occasion carry him past parts of the prepared text and on to the right words, concluding with the rousing “Free at last, free at last, thank God almighty we are free at last.” It was an exultant moment for much of this country, and in the national memory it has acquired the gauzy image of a happy ending to our long struggle with racial inequality and bigotry. Less vibrant in memory is an image from less than three weeks later: four girls dressed all in white because they were to lead youth day services at their Birmingham, Ala., church, their lives suddenly ended by a racial terrorist bombing.
“During the short career of Martin Luther King Jr., between 1954 and 1968, the nonviolent civil rights movement lifted the patriotic spirit of the United States toward our defining national purpose,” writes Taylor Branch, a chronicler of those years. But it was a hard lifting. In the years after the dream speech there were racially motivated murders in the South and riots in large cities in the North. Dr. King, who had emerged as a national figure amid the moral clarity of the Montgomery, Ala., bus boycott, found himself under attack from others in the civil rights movement for not pushing hard or fast enough, from the emerging black-power forces for being insufficiently “militant” and from people who disapproved of his emerging stands on the Vietnam war or economic issues. And then the King years ended in yet another atrocious act of violence — his assassination at a Memphis hotel. “Most of us will be grandparents before we can lead normal lives,” said one leader at the height of the civil rights movement in the early 1960s. He meant that the striving and agitating and the demonstrations were going to have to go on for a long, long time.

Martin Luther King Jr. Day
.
Today, on the national day set aside to honor Dr. King, an African American president will ceremonially begin his second term. Like presidents before him, he has had his ups and downs, mistakes and triumphs. There is, to be sure, an element of bigotry among some of his enemies, but in general it has had a kind of cowardly, subterranean quality to it. President Obama was assailed mostly for what his critics thought were wrong policies or judgments. In the end, as always, the final verdict was given at the polls; the president was reelected, and his inauguration will be celebrated today — not quite with the rapturous enthusiasm of four years ago but rather with something resembling blessed normality.
Dr. King’s words “Free at last, free at last” were specifically addressed not just to black Americans but to people of all faiths, colors and persuasions. He knew that they were all in need of liberation from the cruel customs and habits of the nation’s past, which held back every one of us in one way or another. He had a sense of the moment

Posted by voiceofjustice613 at 8:51 PM No comments: