CHARLES J HYNES.... TIME TO RETIRE AND BRING TRUE JUSTICE AND HONOR BACK TO THE CITIZENS OF KINGS COUNTY

Haredi Abuse Whistleblower Was Set Up By Powerful Haredim

by failed messiah
The Brooklyn DA Charles Hynes continues to prosecute Sam Kellner, despite the mounting evidence that Kellner was set up by the family and friends of accused pedophile Rabbi Baruch Lebovits. Now The Jewish Week has discovered more evidence that exonerates Kellner – evidence the DA allegedly was given but chose (probably illegally) to disregard.

New evidence has emerged that could deal a serious blow to Brooklyn District Attorney Charles Hynes’ case against Sam Kellner, a chasidic Borough Park resident who was charged with extortion and perjury after he helped to convict a fellow chasid, Baruch Lebovits, on sex abuse charges. 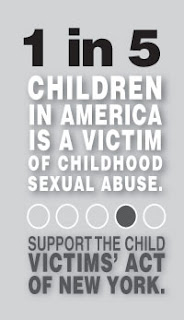 New York's children are its most precious asset. Protecting this asset must be a legislative priority. Will eliminating the statutes for child sexual abuse cause catastrophic financial harm to some institutions or organizations because of a torrent of lawsuits? Civil litigation of these cases is a necessary evil.
Without this remedy, much of the financial burden from the devastation of child sexual abuse falls upon the taxpayers, costing billions in services that are needed by these victims. These costs should be shouldered by those responsible for the damaging effects they left their victims with.
Sexual predators have been hiding behind these archaic statutes for too long. Without affording victims of previous abuse the ability to expose their perpetrator, we do nothing to provide real-time protection to our children right now. Many of these predators may still be operating below the radar of law enforcement and can continue to abuse without detection. When California provided a window for previous victims, 300 predators were exposed that had never previously been identified.
Pass the Child Victims Act into law. Make New York safer for children, not for a few organizations or institutions lobbying against this long-overdue legislation


ST. PAUL, Minn. — The Minnesota Senate unanimously passed a bill Wednesday that would allow lawsuits against churches, schools and other organizations that may have covered up child sexual abuse decades ago.
The bill passed the Senate by a vote of 66-0. A similar bill overwhelmingly passed the House last week. Katharine Tinucci, a spokeswoman for Gov. Mark Dayton, said in an email that she "expects he will sign it."


Similar legislation in other states has led to lawsuits against the Catholic Church and the Boy Scouts. In Minnesota, it could lead to lawsuits against Shattuck-St. Mary's, the Faribault boarding school where teacher Lynn Seibel allegedly sexually abused male students from 1999 to 2003.
Attorney Jeff Anderson, who is representing several former students who say they were abused by Seibel, said the school failed to protect students from the abuse. Seibel is awaiting trial in Rice County.
Current state law, as interpreted by the Minnesota Supreme Court, says victims of child sexual abuse need to file any lawsuits before they reach age 24. Many victims and their supporters say that's not enough time. Victims often keep abuse secret for decades, and it can take years to realize that depression, drug addiction, or difficulties with intimate relationships may stem from childhood sexual abuse.
The Minnesota Religious Council, which represents Catholic, Lutheran, Episcopal and Methodist churches, lobbied against the bill and has been fighting similar efforts since 2003.
Karen Bockelman, a retired Lutheran pastor who chairs the council, has said the bill would drain churches of money needed to help the poor, and would give victims a reason to delay reporting abuse to police.
"You're dealing with the words of a victim, which need to be heard and taken very seriously, but the time and money that goes into defending these very, very old cases often comes from time and money that would be spent on developing safe church practices and preventive practices or that would be spent on all the good things that these organizations do," Bockelman said in an interview with MPR News in March.
The Minnesota School Boards Association, the Minnesota Child Care Association, the Minnesota Association of School Administrators and the Minnesota Inter-County Association also testified against the bill in a House
Posted by voiceofjustice613 at 3:19 PM No comments:

AMBER ALERT... CALL THE NYC POLICE DEPT OR 911 IF YOU SEE THIS GIRL 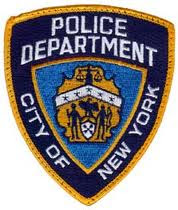 The New York City Police Department is seeking the public's assistance in locating Garyn Reyes, a Hispanic female, age 14, reported missing from within the confines of the 63 Precinct. The missing was last seen on Wednesday, May 1, at approximately 7 a.m. leaving her residence. She is approximately 5'2" tall and weighs approximately 105 pounds. She was last seen wearing blue jeans, a red and white striped shirt, black sneakers and carrying a tan canvas bag.

Anyone with information in regard to this missing is asked to call Crime Stoppers at 1-800-577-TIPS (8477). The public can also submit their tips by logging onto the Crime Stoppers website atWWW.NYPDCRIMESTOPPERS.COM or by texting their tips to 274637 (CRIMES) then enter TIP577.

Posted by voiceofjustice613 at 6:10 AM No comments: