THE STORY OF RUTH AND HOW GOD CHANGED THE WORLD... A LESSON WHY WE MUST UNITE AS CHILDREN OF GOD TO PROTECT OUR CHILDREN 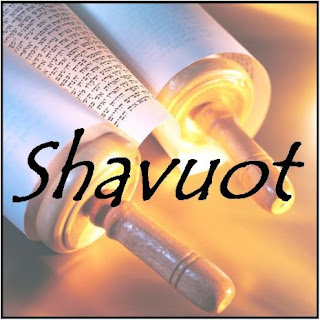 Last night a group of us living in Bay Harbour Florida joined together for a evening of torah study in the tradition of shavouth.It was Led by the HON. ISSAC SALVER a city commissioner and a man who has earned great respect in south Florida for his work in charity. We learned the story of RUTH and we discussed the lessons we can learn from this great heroine. RUTH who born a non Jew and  has become a symbol of hope and inspiration to the world .We all agreed that greatness  can only be achieved through kindness and self sacrifice.RUTH  a poor and hungry young widow was blessed to have KIND DAVID the king of the jews as her offspring.We all agreed that we must work harder as a united people in making this world a better place 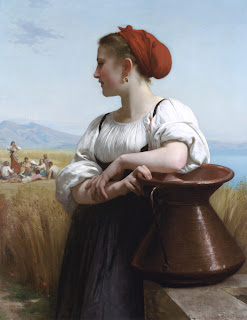 Ruth - a Love Story
Ruth is one of the most famous women of the Bible - which is strange when you realize she was not an Israelite at all, but a Moabite woman, a foreigner, an outsider.

Left alone when her husband elimelech died, Naomi had one great asset: she was a shrewd old Jewish mother-in-law  who loved her daughter in laws Oropah and Ruth, and whom  loved her.
They stuck together through thick and thin - through hunger and poverty.the situation got better when Ruth met Boaz, a rich man who seemed to have fallen in love with her at first sight. Boy meets girl, boy loves girl.

Ruth and Naomi came to Bethlehem at the beginning of the barley harvest, which began with the Feast of Firstfruits, the day after Passover. Passover was celebrated on the 14th day of the first month of the Jewish calendar, which corresponds to March-April. Thus, Passover would fall approximately April 1. At harvest time almost everyone was working in the field harvesting the barley. Since, Naomi and Ruth were bankrupt, Ruth decided to get a job as a gleaner. Gleaners were poor women peasants who followed the reapers and picked up straw (stalks of barley) that were dropped. Gleaners were like migrant laborers, Chinese peasants, or Russian peasants, who worked in the fields of others at harvest time. On her first day on the job, Ruth wound up in a field belonging to Boaz, her right man. She had traveled from a foreign country, received permission to work as a peasant and was waiting for him (per the Plan of God) when he arrived for work that morning.

BOAZ leadership ability as revealed in the book of Ruth was magnificent.He was a great scholar of torah while at the same time managing women in the workplace, established , managed an estate, and was a brilliant lawyer. He is one of those rare and gifted leaders, who because history dealt him no crisis, never became famous. If one can imagine what great leaders like Douglas McArthur or Napoleon would have been without a war, such was Boaz, whose sole claim to fame is that he was one of the greatest husbands who ever lived.
Boaz was also a mature believer. Unlike others who married for convenience, Boaz waited for his right woman and spent the time advancing to spiritual maturity. The path that his right woman took to reach him is a testimony to his spiritual advance in the grace of God. When Boaz finally met his right woman, he was probably 50 years old. He was waiting faithfully for God to fulfill His promise when he saw Ruth working in his field. The Lord brought Ruth to him per the divine order of precedent.
When Boaz entered his field that morning (Ruth 2:4-5), he greeted his reapers by recognizing the blessing of the LORD upon the agricultural operation. How many today have a clue as to what makes a business successful? Then Boaz noticed a new gleaner, which was an entry level position, pauper. Granted Ruth was probably the most attractive woman in the field, but Boaz immediately noticed a new employee and inquired about her. He asked the crew foreman for a report on her, which was promptly provided. All this shows the sensitivity of a great leader as well as the efficiency of his business.
The crew foreman told Boaz that this was the Moabite girl who came back with Naomi. Moabites were foreigners, who were respected but lacked the full rights of Jewish citizenship (e.g. the right to worship in the temple with Jews). Perhaps it was anticipated that Boaz would not take notice. But it is obvious, that his personnel department had already allowed a Moabite to work on the farm because Boaz had established a policy (in keeping with the Mosaic Law) that prevented racial prejudice. The Crew Foreman related how Ruth had followed established protocol in requesting permission to glean and that she was a hard worker.

Ruth 2:7 “And she said, ‘Please let me glean and gather after the reapers among the sheaves.’ Thus she came and has remained from the morning until now; she has been sitting in the house for a little while.”

Boaz listened to the report and read between the lines the spiritual meaning. Nothing is ever understood until it is understood spiritually. Boaz, as a mature believer, was used to analyzing circumstances with divine viewpoint. He was executing the Plan of God just as Ruth had been when she chose a field and applied for permission to work that morning. Boaz immediately understood (without going back to sit down in the shade and pray about it) that Ruth had separated from the world and was working to support Naomi. Boaz next demonstrated his leadership ability and offered her permanent employment for the duration of the harvest (Ruth 2:8).

“Let your eyes be on the field which they reap, and go after them. Indeed, I have commanded the servants not to touch you. When you are thirsty, go to the water jars and drink from what the servants draw.” (Ruth 2:9)

He told Ruth that she could drink water that had been drawn by the servants. She wouldn't have to draw her own. She would be treated with hospitality. She would receive equal treatment. There would be no prejudice against her. Among the snobbishness of racial prejudice, foreigners are often prevented from eating or drinking with locals. However, Boaz made it clear that he provided fair personnel management practices. This further demonstrated sensitivity to personnel needs because one of the most important needs of a farm worker is access to water. When working in the hot sun, it is a necessity. Thus, we see Boaz personally handling the personnel orientation for the lowest class of worker even though he is the entrepreneur of the estate and director of harvest operations.

Boaz is a believer in Spiritual Maturity by the time he meets his Right Woman. He is prosperous, a great leader, and entrepreneur of a large estate. All Boaz had was provided compliments of the grace of God per the Plan of God. He applies Bible Doctrine in every area of his life every day. Boaz has or his Right Woman. His friends have probably been through several divorces by now and their children have become adults. Boaz waited for God to provide per the divine order of precedent. He may have been 50 to 55 years old before he ever met his Right Woman. When Ruth came into his life during the barley harvest, she was perhaps 19 to 20 years old. He was old enough to be her father.

Boaz went to work one morning when god brought his Right Woman into his field. She was waiting for him to arrive. Boaz performed his job as a professional, and that is how he met Ruth. She was a new employee. As a mature believer and great leader, Boaz looked out for his personnel - even the entry level peasants. Boaz was doing his job as unto the Lord. He was not selecting a pretty young female to make a conquest. He treated Ruth with the utmost respect and hospitality. As will be seen later, he even waited for Ruth to choose him as her Right Man. He never tried to coerce her volition.

Lessons from the Book of Ruth

One of the great lessons we learn about the greatness of RUTH is how a great God takes ordinary people and does extraordinary things with them to accomplish great ideas in tikkun olam. On this holiday of Shavuot , it is a good time to focus on the incredible qualities of one of the mothers of the faithful RUTH and work harder as a united people to make this world a better place.Our hope and dreams are that we as  a people of all races and religions come together and continue to fight in making  our communities safe for our children and families 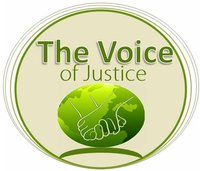